Believe it or not, the snow in our region will be gone at some point. When the first warm Saturday comes around, you’ll probably notice some broken branches and a garden eager to be cleaned up for spring. Pruning is the first chore for this prep. (Earlier information about pruning here:).

No matter which type of tree, shrub or bush you wish to prune, there are a few simple rules to use as your guide and four basic cuts that are useful year-round.

• How to know what to prune? at Backyard Bounty, we always start by determining which cuts will maintain the health of the plant. We follow the rule of the “Four D’s” in determining what these cuts are, looking for Dead, Diseased, Damaged or Displaced (crossing) branches.
• How much can I cut out from a tree or shrub? Remove no more than one-fourth of most plants at one time and no more than one-third in one year
o FYI: In general, the harder a plant is cut back, the more vigorous the re-growth.
• Where do I start on an overgrown shrub:
o It is generally healthier for plants to remove older stems and branches over a 3–4 year period.
o Never just randomly trim or shear the ends of branches on an overgrown woody plant (unless it’s a hedge-like plant), in order to reduce its size. This will stimulate a lot of increased growth over the whole plant, which prevents light from entering the inside of the plant causing dieback. This will often then lead to pest and disease problems.

The Four Types of Cut
There are four basic pruning cuts, each aimed at producing a different effect.
• Pinch-pruning
• Thinning
• Heading back
• Shearing

1. Pinch-Pruning (Pinching) of the shoot tips

Where: Used for some Ornamental Shrubs (such as Fuschia and Chrysanthemum) and many herbaceous plants (including some vegetables).

Why: To produce a bushy plant.

How: Use the thumb and forefinger to pinch at the tip for cutting.

Where: All woody plants

Why: Selective thinning reduces the density of a woody plant without stimulating a lot of new growth.
Thinning also opens up the plant, allowing light in and helping maintain the plant’s natural shape. New growth occurs only on the remaining stems and branches.

A thinning cut removes a lateral stem, limb or branch back to its point of origin on the main branch, trunk or back to the ground (see diagram below)

How: Use hand-held pruners, loppers, or a pruning saw to make thinning cuts, depending on the thickness of the branch/stem being cut.

Where: Woody plants (as with thinning), but to produce a different effect

Why: A proper heading cut is made to reduce the height or length of just a few branches at a time. (See diagram above)

How: The cut is made farther back from the end of a shoot than you would for pinching, but always just above a lateral bud or shoot that is heading in the right direction for the new growth to go (normally an outward-facing bud).

Note: A common mistake of inexperienced gardeners is to make an indiscriminate heading cut (by cutting anywhere on a branch or stem to shorten it), when what’s needed is a thinning cut.
This is incorrect pruning (unless shearing a hedge), because heading cuts stimulate vigorous new clustered growth from lateral buds below the cut (and even more so if the cut is made just randomly anywhere on the stem). This makes a plant denser and not smaller.

Therefore, to reduce the density of a shrub, use thinning cuts, because you remove a number of lateral buds along with the stem or branch, making it less likely for you to end up with clusters of unwanted shoots than you are when you make heading cuts.

Where: On hedging plants or when cutting some herbaceous plants back after blooming.
Since this method cuts right through leaves, it’s best done on small-leafed plants, where damage is less noticeable.

Why: This causes vigorous new growth just below the cuts. Therefore for hedging plants, it needs to be done regularly in order to maintain a desired shape.
For some herbaceous plants, it is done to promote further flowering (Threadleaved Tickseed – Coreopsis verticillata for example)

How: These are random heading cuts that are made with shears or electric hedge trimmers. 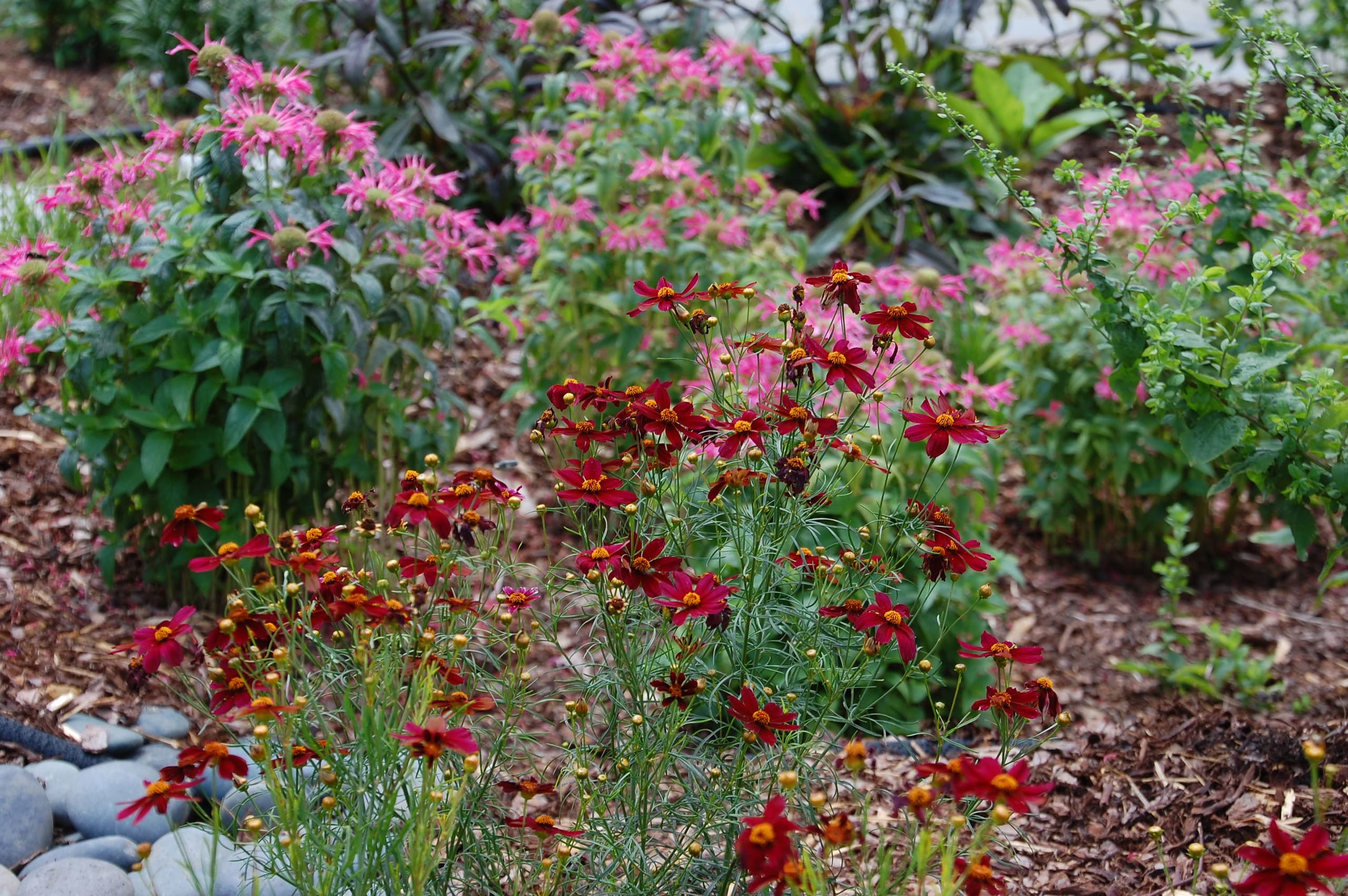 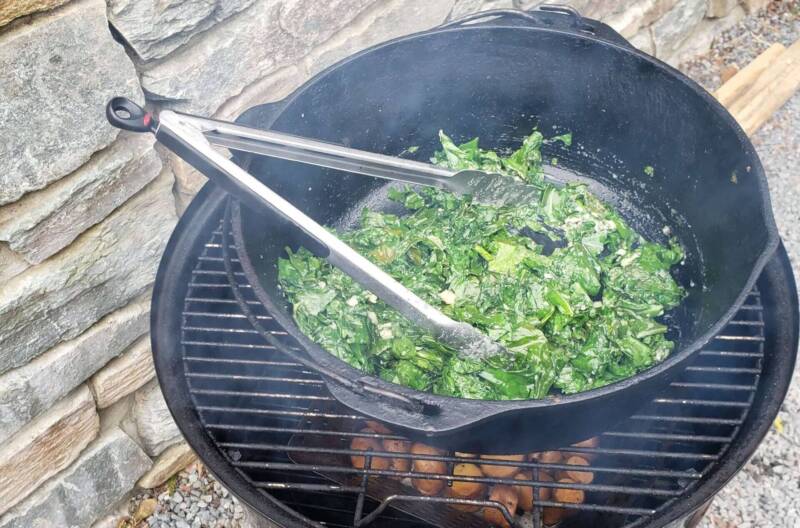 Even kale is good on a smoker 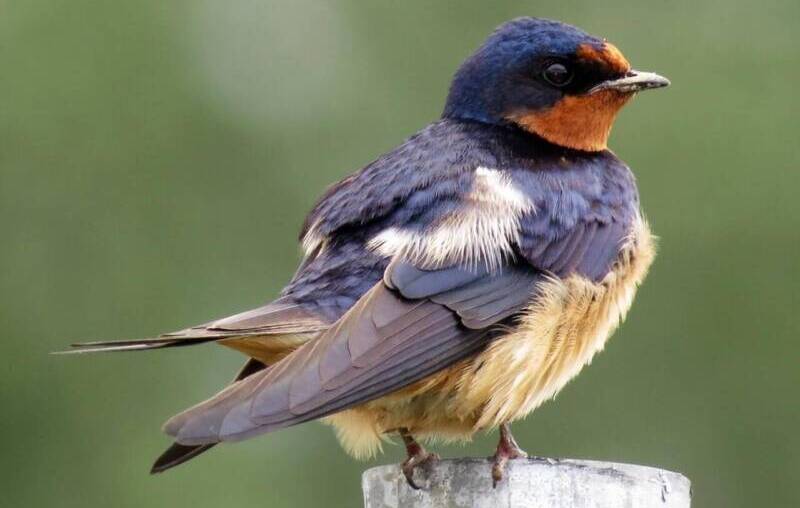 Weaving habitat and home is for the birds 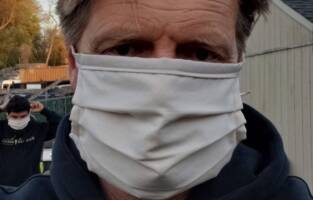